The story so far

Co-founded by Alex Rodrigues and Brandon Moak, Embark Trucks was created in 2016. Alex became interested in robotics as a junior high school student and he went on to compete and win a world robotics championship. His fascination with robotics evolved and he studied the subject at the University of Waterloo where he met Brandon, who had similar interests. They both recognized trucking as a core piece of the economy, moving more than 70% of goods. They also saw trucking as an industry contending with a shortage of human drivers, particularly for long-haul highway routes, and knew there was a need for advancement in the area.

Embark Trucks is a San Francisco based team focused on building self-driving semi trucks. Moving freight daily between LA and Phoenix using purpose built transfer hubs, their automated trucks are the first in the industry to safely navigate highway work zones and they hold the lead in the industry of autonomous trucking.

Embark is assembling a world-class group of engineers from companies like Tesla, Google, Cruise, Audi and NASA with a professional operations team that averages over a million miles per driver.

Alex Rodrigues is the co-founder and CEO of Embark, a robot semi-truck cargo fleet. Prior to founding Embark, Alex was a software engineer at Khan Academy and Nuance Communications. Alex earned his Bachelor of Applied Science in Mechatronics Engineering at the University of Waterloo. 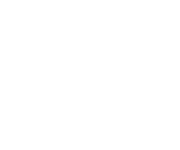